In today’s society there is a lot of pressure on leaders to be flawless. There are many different opinions and debates about the effectiveness of today’s leaders.
TIME Magazine compiled a list of 100 people that most affected the world in 2010. Among the list of leaders are Barack Obama, Glenn Beck, Nancy Pelosi and Sarah Palin (TIME). All of these people share some of the traits and skills that are important in leadership. In order to be an effective political figure it makes sense that each of these people possesses dominance. Each one of them has a desire to influence masses of people and make a difference in the way people think and live. They all share the trait of self-confidence as well. In order to get in front of millions of people and speak (whether on a podium or via TV/radio) one must have confidence in themselves and their beliefs. Many of the skills identified by Stogdill are common among these leaders as well. Each one of these people is intelligent; even if a person does not agree with all of their opinions or political views, they are still educated, intelligent people. Furthermore, they have the ability to persuade people and adapt to different social situations. The president must learn to conduct business with people from different parts of the world and communicate effectively.
Apart from TIME magazine’s list there are many other public figures that have a leadership role. As the president’s wife, Michelle Obama has taken on her own role as a leader. Therefore, she is expected to understand the social skills and intelligence that Americans expect from leaders. However, she has come under much scrutiny in the last few weeks for not being socially aware of other cultures leadership norms. While visiting the Indonesian government, Michelle Obama eagerly shook the hand of conservative Muslim, Information Minister, Tifatul Sembiring. In Indonesian, it is not considered socially acceptable for Muslim males to shake the hand of a woman (Minister Admits). This sparked controversy and debate among the conservative Muslim community. Had Obama had a better grasp on social and cultural norms of the Muslim community, she may not have inappropriately extended her hand. This is not the only incident of an American leader’s lack of awareness or regard for other cultures. That is why it is important for global leaders to be aware of social behaviors worldwide and become educated on policies other than their own. 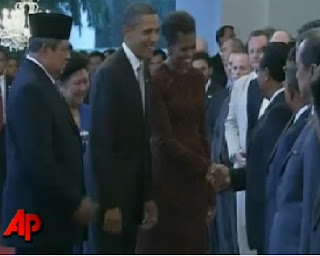 In society, leadership is a topic that causes controversy and public opinion. If a company’s sales decline or the company has high turnover typically the leader is blamed for the failure. How a leader chooses to motivate its employees can highly impact a company. However, the theories that a leader implements to their employees can cause positive or negative public opinion. For example, the Container Company uses a variety of theories to motivate its employees. The company uses a combination of Theory Y, Theory Z, Maslow’s Hierarchy of Needs, and the Expectancy Theory to satisfy employee needs. Theory Y raises opinions because the theory assumes the best in people, allows freedom, and allows responsibility for employees to make decisions without complete management supervision. The Container Store’s implementation of Theory Y has allowed the company to flourish. The firm has a low turnover rate partially due to job enrichment, satisfaction, rotation, enlargement, and empowerment. The leaders of this store allow staff members the autonomy to make decisions, and grow within the company. It is important for people in leadership roles to tailor motivational theories to satisfy their employee’s needs.
Posted by Steph at Tuesday, November 30, 2010